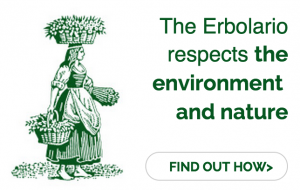 The  first users of our cosmetics were the patrons of our herbal Lodi.The Erbolario was in fact born in Lodi, in 1978, as Rewarded Herbalist Artisan. Here, in the back of the small store during Archinti, Franco Bergamaschi and his wife Daniela Villa, founders dell’Erbolario, give birth to their first cosmetics, drawing on old and tested family recipes.It is aromatic waters, bath oils and lotions marked all derived from purely natural ingredients, from delicate fragrances, not contrived, and packaging graphics from clean and appealing.

A journey into the heart of L’Erbolario, company renowned and recognized internationally, the market leader in Italy in the field of plant-based cosmetics.Discover the magical world that lies behind the delicacy of its fragrance and sophistication of its packages.

The response was immediate: the wave of the mouth Macassar Oil, Lotion nettle dioecious, the Cream Royal jelly, which still enrich the list Erbolario, collect more and more admirers, not only in the city. At the end of 1983 Erbolario moved so production in a more spacious site in the historic headquarters in Via Nazario Sauro, on the banks of the Adda. 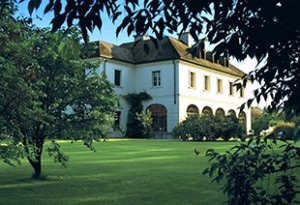 Begins the period of a thousand distillation in steam, extractions from plants in percolators glass, cosmetic preparations of the increasingly complex, years during which materialize in fruitful collaborations, relations of friendship woven during studies: L ‘Erbolario moves its steps under the aegis of the likes of Dr. Vera Lodi, Paul Rovesti, initiator of the art Phytocosmetic Italian, Gianfranco Patri and Professor Gianni Proserpio, who orchestrated for years the work of the Research Laboratory dell’Erbolario and Development.

Among enthusiasm, sleepless nights, hard work, but also successes rewarding, time passes: The Erbolario, from small family business, is transformed into an internationally renowned. In 1994, L’Erbolario moves again and finds its permanent location in San Grato, in a production site in the countryside of the Adda Park South.

in here, even today, every day, loads of fragrant cosmetics leave for over 5,000 health food stores and pharmacies with herbal department of the national territory, but also of shops scattered ‘anywhere in the world. The story dell’Erbolario testifies how the plant component, supported by a constant scientific research, remains an indispensable element in the life of a cosmetic product.

Along its successful growth path, Erbolario has lost none of his peculiarissima and original philosophy: the nature, first of all, at the most respected and combined with the latest technology and knowledge. It’s nice to think about how, in an era dominated by virtual Erbolario remains a world in which the rose still smells of roses.